Sapphire – a kind of mineral corundum, which in turn can have many shades (only bright red corundum is called ruby). Therefore, most often we can see this stone as a transparent gem of a bright blue color. However, they can be pink, yellow, green, red-orange, violet and colorless. For example, the sapphires of the Urals and the USA are gray-blue, and Australian and African stones have dichroism: along the elongation of the crystals they are dark blue, and across the green.

Sapphire is a mascot-gemstone of the 22 lunar day, the period of rest, the knowledge of oneself and the introduction of light into all spheres of life. This means that the sapphire obtains the greatest strength on day 7 after the Full Moon, and all rituals with it will be more effective at this time. 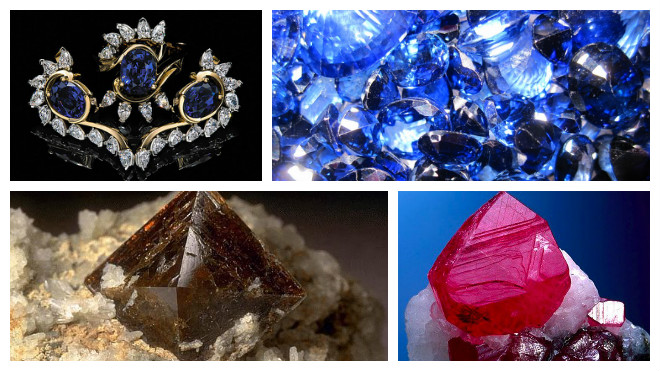 Sapphire in the history of different countries

The name «sapphire» comes from the ancient Indian word «canipriya» – beloved by Saturn. Therefore the priests of the temple of Jupiter constantly wore sapphires in the ring of the color of a cornflower. Also, this gem was adorned with clothes by priests in Judea, India.

In ancient times, sapphires were inlaid with goblets since people believed that the stone could recognize the poison by changing its color. This gem had a fame of an antidote.

They also believed that he could even soften God’s wrath because sapphire is famous for transmitting the prayers of believers to heaven.

The precious mineral shone in the crown of Cleopatra. People believed that the blue color of sapphire and its energy field calms down, relieve the excitement. It is not surprising that the stone became a talisman of philosophers, scientists and poets.

Ancient women used the strength of the mineral to attract the attention of their lovers. Long ago, a ring with sapphire as an engagement sign was the dream of every girl who dreamed of a happy and long marriage. If somebody present gold earrings with sapphire to a married woman, he recognise her intelligence, earnestness, decency, purity of the soul.

Today, mankind can produce artificial sapphires. At the first time, we synthesized such a stone in the US in the middle of the twentieth century. Since then large-scale extraction of such corundum is being carried out all over the world. The main difference between artificial stones is the absence of natural inclusions, which can be seen only under a microscope. 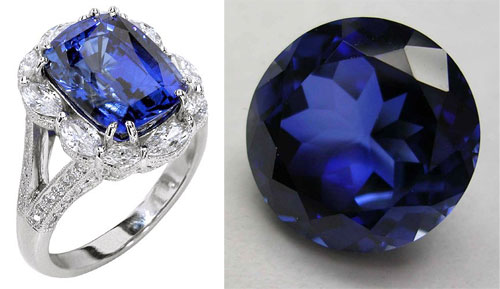 Since ancient times, lithotherapists have been using sapphire to treat eye disease. They cure leprosy and all sorts of evil growths, using gem as an antidote.

According to Indian Ayurveda, sapphire has a therapeutic effect in neuralgia, epilepsy, can help people prone to hysterics and psychoses.

It is good to wear sapphire around the neck, in a gold frame. Remember that a stone with defects can bring misfortunes (cracks in the mineral indicate an imminent danger).

Sapphire magical properties and its impact on humans

Sapphire is a magical stone, giving fidelity and chastity:

On the 22th lunar day, when we need clarity of thought in the head, even a small sapphire crystal can help! Do not miss this powerful magical time with the Moon Calendar: