Rauchtopaz is a kind of quartz. The color of the gem can be of different intensity – from light smoky to brown.

Kerngorm, «Scottish topaz» – some more ancient names of a stone. The first images of smoky transparent quartz in the territory of Western Europe were found in Scotland – in the Kernhorm mountains. Rauhtopaz was worn on their clothes by the Scottish Highlanders.

Maybe, that is why rauchtopaz is a mascot-gemstone of the 23 lunar day. It is the time of correct completion of cases, an understanding of their mistakes. This means that rauchtopaz gets the greatest power on the 8th day after Full Moon, and any rituals with it will be more effective at this time.

In Tibet and India he called the «stone of the Buddha», believing that he has magical properties.

In Russia XVII-XVII centuries rauchtopaz was not very popular because of the dark color and supposed in connection with this «dark» essence. It believed that the stone can become a guide to the other world.

It is this magical meaning of smoky quartz that made it very popular in the XIX century, when the passion for spiritualism became fashionable. Thus, the gem was repeatedly used in rituals with charms and conspiracies, and with its help they made contact with the souls of dead people. Smoky quartz became a talisman of philosophers, healers, mystics, astrologers. But if the owner could not cope with his inner strength, then the stone destroyed it. Rauhtopaz was especially popular with female representatives.

Girls used a stone for the love spells of their chosen ones and for the fullest impact on them.

Today, the main deposits of smoky quartz are in the Swiss Alps, Spain, the United States of America , as well as in Brazil, Namibia and Madagascar. 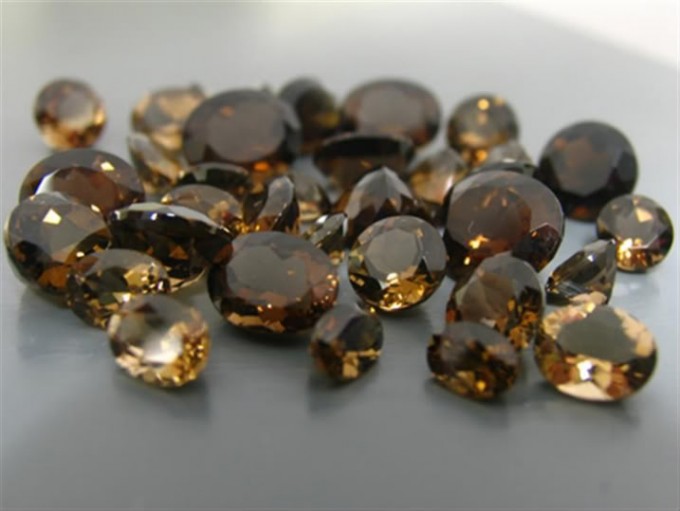 Stone is often used to treat:

It believed that rauchtopaz affects the reproductive organs. For women, he «helps» conceive a child. In men, it helps restore potency. 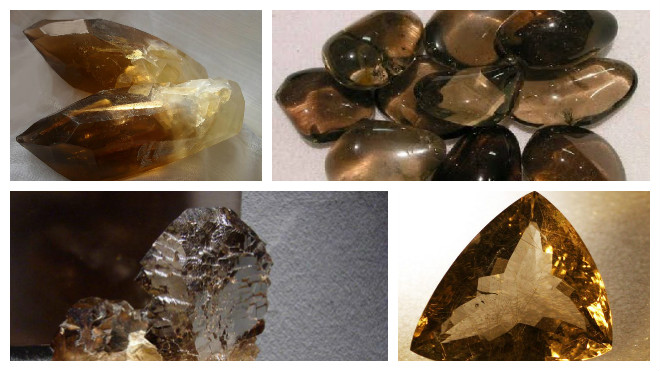 Rauchtopaz magical properties and its impact on humans

Rauchtopaz considered a stone of tranquility and meditative contemplation.

Helps to remove irritability and anger. Eliminates jealousy and pride, which is important for health. To do this, clamp the gem in your hand. Imagine how a stone sucks negative and anxiety out of you. Squeeze your hands when you feel that it has warmed.

According to our ancestors, water (in a bowl made from rauchtopaz) removes slag treats most of the serious diseases.

Smoke crystal also immerses its owner in a world of illusions and helps to survive difficult situations. But this stone is not for every day. Decoration is necessary only in those days when you want to forget yourself.

Other magical properties – the ability to attract prophetic dreams.

It believed that the darker the stone, the more energy accumulated in it. So for young female representatives recommend a light mineral.

On the 23th lunar day, when we need to analyze the work done, we need an assistant like rauchtopaz! Do not miss this powerful magical time with the Moon Calendar: