The essence of the Black Moon is freedom as a conscious necessity.

In the area where Lilith located, a person given the most choice. He can behave this way, and depends on him.
The universe sends signals, whether we act, practicing the Black Moon. In case of incorrect actions, the signal goes as a disease.

It often happens that a person works with disabilities. He already understood them, but the karmic retribution continues. In that case, he needs to take it. If he passes the path without bitterness, without rejection, the situation is easier. 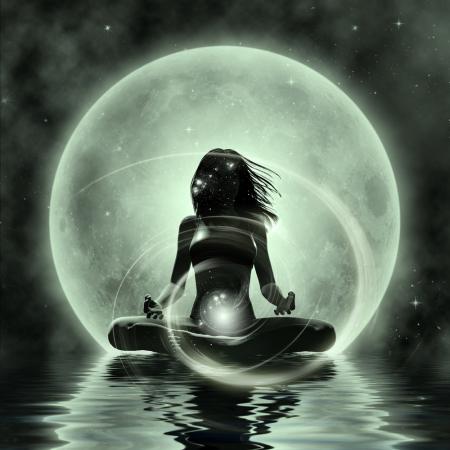 Jewish astronomer also called Algol. And attributed to this point a place of bare truth and suffering of the soul.

The ancients in Mesopotamia believed that she drank blood in children at night. She also seduced and tortured sleeping men.

In Judaism, Lilith was Adam’s first wife. Having asked God for the opportunity to bear children without the participation of a man. She received a spear. Particle of Lilith’s body, cut off by this spear, became human. In Jewish mythology it described that in return for this “gift” angels killed up to 1,000 of her children every day.

“For Eve was Lilith”, says the Hebrew text.

Demon manifests itself: when they show violent emotions, especially negative ones. If they do not keep themselves in tight limits when they state their complaints. Do not be shy. When a Scorpion accused of thinking about someone or plotting something evil. In cases when something does not suit, but he does not decide to change, he forced to put up with the circumstances.

In the demons of water signs, vampirism is passive. The Scorpio Skate is a silent image of resentment. Or else he will be portraying contempt, disrespect. He will provoke someone to shout at him, make a scandal. Himself may begin to insult, but not. In the most extreme cases, arrange a violent tantrum.

Keywords: violation of the manifestation of the psyche and instincts. Connection with dark forces.

Active Lilith in Scorpio: turns into an unscrupulous manipulator, ready to achieve what you want at any cost. He creates and loves acute situations. It also draws in others. To suppress the will of other people can use magic.

How to live with Lilith in Scorpio?

When problems solved and experience gained, a person realizes himself according to Scorpio as much as possible. He can help people like a hypnotist or a psychologist. May use violent emotions for practical purposes. For example, to create a political image.