The tiger’s eye is one of the varieties of quartz with a characteristic golden brownish outflow. The mineral has several relatives:

Maybe, that is why tiger’s eye is a mascot-gemstone of the 25 lunar day. It is the period of emptiness after the achievement of the task, the restoration of forces. This means that obsidian gets the greatest power on the 10th day after Full Moon, and any rituals with it will be more effective at this time.

In Ancient Rome warriors wore an amulet with a tiger’s eye. The stone protected lives and gave courage in battle. It is the ancient Roman warriors who began to wear the mineral first.

Egyptians believed that the solar energy of the god Ra concentrated in the quartz. The inhabitants used an amulet from the tiger’s eye to protect children.

The tiger’s eye was an amulet and a magical talisman and for Indians.

In Europe this stone came only in the 19th century. Inexpensive gems for a long time belonged to the most refined and refined ornaments. 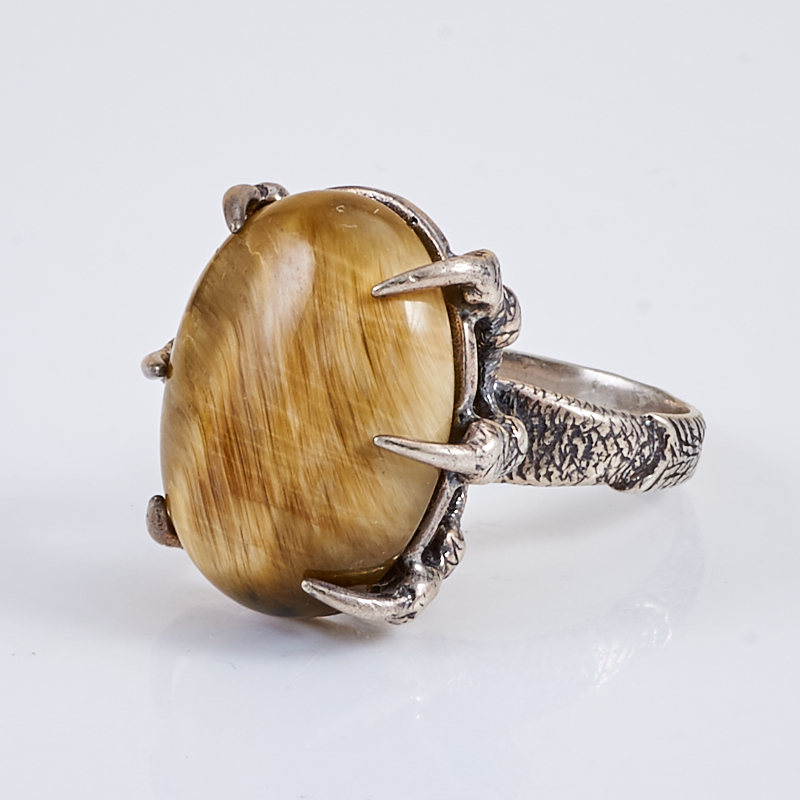 Lithotherapists have a very popular mineral. The magical properties of the tiger’s eye allow him:

Any decoration with a tiger’s eye will work well. It is only necessary to keep the stone as long as possible within its aura every day.

Tiger’s eye magical properties and its impact on humans

The magical properties of the mineral help him communicate with his master. In the event of an impending danger or attack, it increases its mass and signals it. So the beads become tight, the pendant pulls its chain, and the ring presses on the finger. The metal for the rim is silver only. If the squeezing occurs, then you need to put a ring or a bracelet under the pillow on the 18th lunar day. Then in a dream a revelation will received, what danger awaits you.

The tiger and falcon eye throw all the energy of the person in the right direction. Ideal for entrepreneurs. It is important to distinguish between stones. If in negotiations you need to get the main argument out and win , then you need a brindle. If there is some big deal and there is a fear of losing the main goal – a falcon’s eye.

Mineral has always valued, as a stone of prosperity and good luck. Keep it always with you, to ensure a constant flow of money into the house. At the same time, it helps to fight greed and abuse of power.

On the 25th lunar day, when we need a full rest, we need an assistant like tiger’s eye! Do not miss this powerful magical time with the Moon Calendar: