Chinese pregnancy calendar is one of the methods to find out your future baby gender in the early stages or even plan it in advance. More ways I have covered in this article. Today, let’s take time for this very popular method.

The Chinese gave the world many useful inventions: paper, gunpowder, the compass, woodcuts… And, of course, the Chinese pregnancy calendar. The sages of ancient China were keen on the study of numerology. They believed that each number has its own mood, color, element, a corresponding organ in the human body. With the help of numerology in China, many diseases were cured, and the future baby gender chart is also based on this science.

Many generations of women used the Chinese pregnancy calendar. They say that archaeologists have found a gender chart in the tomb of the emperor and on the wall of the ancient university in Beijing.

Chinese pregnancy calendar – how to use the gender chart

Gender chart consists of two key lines. Usually, horizontally they locate the value of the mother’s age, vertically – the month of conception.

That is, you only need to know how old you are and what month you’ve conceived a baby (or will conceive). Then, open the chart and find the cell located at the intersection of your values: 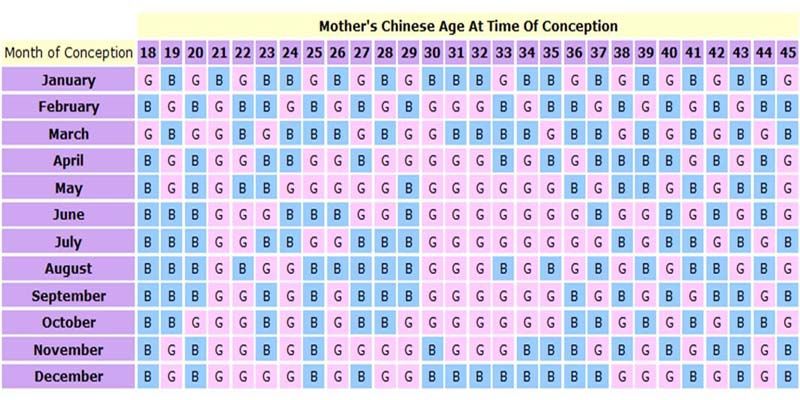 In addition to numerology, the Chinese honor the astrology. They especially respect the Moon – for a long time in China they used the lunar calendar instead of the solar one.

With the help of the lunar calendar, you can also predict your future baby gender. For this, it is advisable to know and plan in advance the day of conception. The baby gender is not affected by the Moon phase, but by the Zodiac Sign in which the Moon stays at the time of fertilization. The Moon stays in each of the signs of the zodiacal circle for 2-3 days. 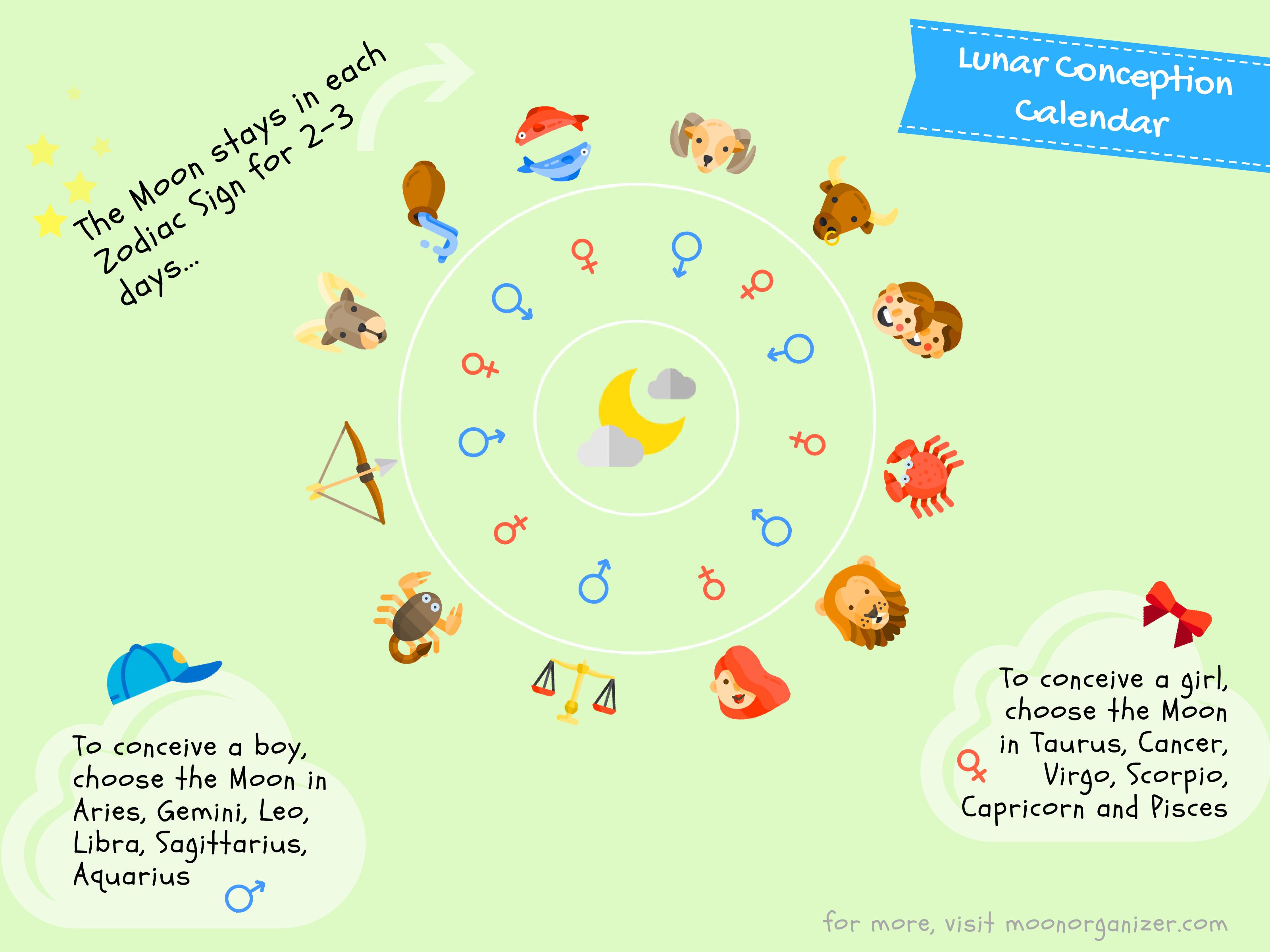