The Black Moon is the farthest point of the lunar orbit. Lilith has the qualities of a compound of Uranus and Venus. She can push each of us to self-realization.

In the natal chart of a woman, the Black Moon represents the power that she has.

For a man can symbolize the hidden power struggle. Also unsolved problems with women in his life.

For persons of both sexes, it shows what we would like to conceal.

Black Moon also represents sexual passion. After all, the existence of Lilith linked with the “sphere of sexual feelings.” 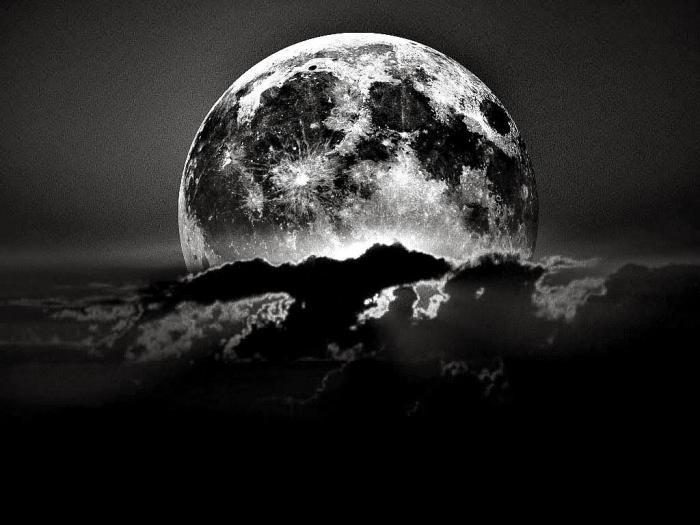 Among astrologers there is no consensus about the nature of Lilith. Some consider the Black Moon as the apogee of the lunar orbit. Its point farthest from the Earth. Others are her second focus (the Earth is in the first focus). For the observer, the second focus and apogee are always in conjunction. Still others consider it a hypothetical planet. Or even a existing second satellite of the Earth.

The Black Moon introduced into the astrological practice by Sepharial in 1918. He gave her the name Lilith. But it was not discovered with the advent of the space age. This once again suggests that Black is not and never has been.

The demon appears: as a violent terminator-destroyer. He will terrorize you by violating order, trashing, and breaking everything around. Also scandalous, insulting with the last words. Shows demonstrative disrespect. Shame in the presence of witnesses.

Should promise to follow the rules. In the case of a pogrom that has begun – to use force and put the demon out the door. If you are completely outraged – hand it over to the police. If you start to insult by phone or in person – stop talking to him. Lilith in Capricorn has such a feature that the harder you deal with her, the more she loves and respects you. And the kinder you are to her – the stronger her insults.

Keywords: violation of relationship with the law. Loneliness.

Active Black Moon in Capricorn: A person becomes a careerist. Individualism and egocentrism may intensify. Capricorn will strive for power with all its might. Managing people, suppressing the will of others turns into an end in itself. If he fails to realize his ambitions at work, he can become a home tyrant. The meaning of the concepts of duty and responsibility distorted. As a result, the responsibilities start to flow. Man feels himself a slave to his duty, but is not able to free himself.

Passive Black Moon in Capricorn: does not seek a career and social position. May unemployed, homeless. Such a person can have very strict parents. Especially the mother, overwhelming his will.

How to live with Lilith in Capricorn

When problems solved and experience gained, a person realizes himself to the largest in Capricorn. The steps to go to the heights of career. Or it can destroy the established hierarchy and introduce its own order in the whole world.